Jamie Easterbrook says she waited an hour for an ambulance after breaking her leg.

A Nanaimo woman is wondering what took BC Ambulance so long to arrive.

She broke multiple bones including her ankle and waited outside in the cold, unable to move, for more than an hour before an ambulance and firefighters arrived.

After going to Nanaimo’s hospital Sunday and a surgery Monday the most unusual part was how long it took Jamie Easterbrook to get there.

Easterbrook was helping move a couch outside Sunday when she broke her ankle, tibia and fibula leaving her unable to move.

“My foot was pointing the wrong way,” said Easterbrook.

She waited more than an hour in the cold before firefighters and an ambulance arrived.

The union representing ambulance paramedics says while most ambulance waits are much shorter waits of up to an hour are not unprecedented.

“Sadly that is a long time to wait when you’re waiting for an ambulance regardless of how emergency it is but unfortunately, we’re seeing it more and more with our shortage of ambulances so I don’t know the particulars of that situation but an hour is an extreme amount of time to wait for an ambulance in your time of need,” said Troy Clifford, provincial president of the Ambulance Paramedics & Dispatchers of BC.

Island Health statistics show emergency visits to Island hospitals this past week are similar to the same period last year. 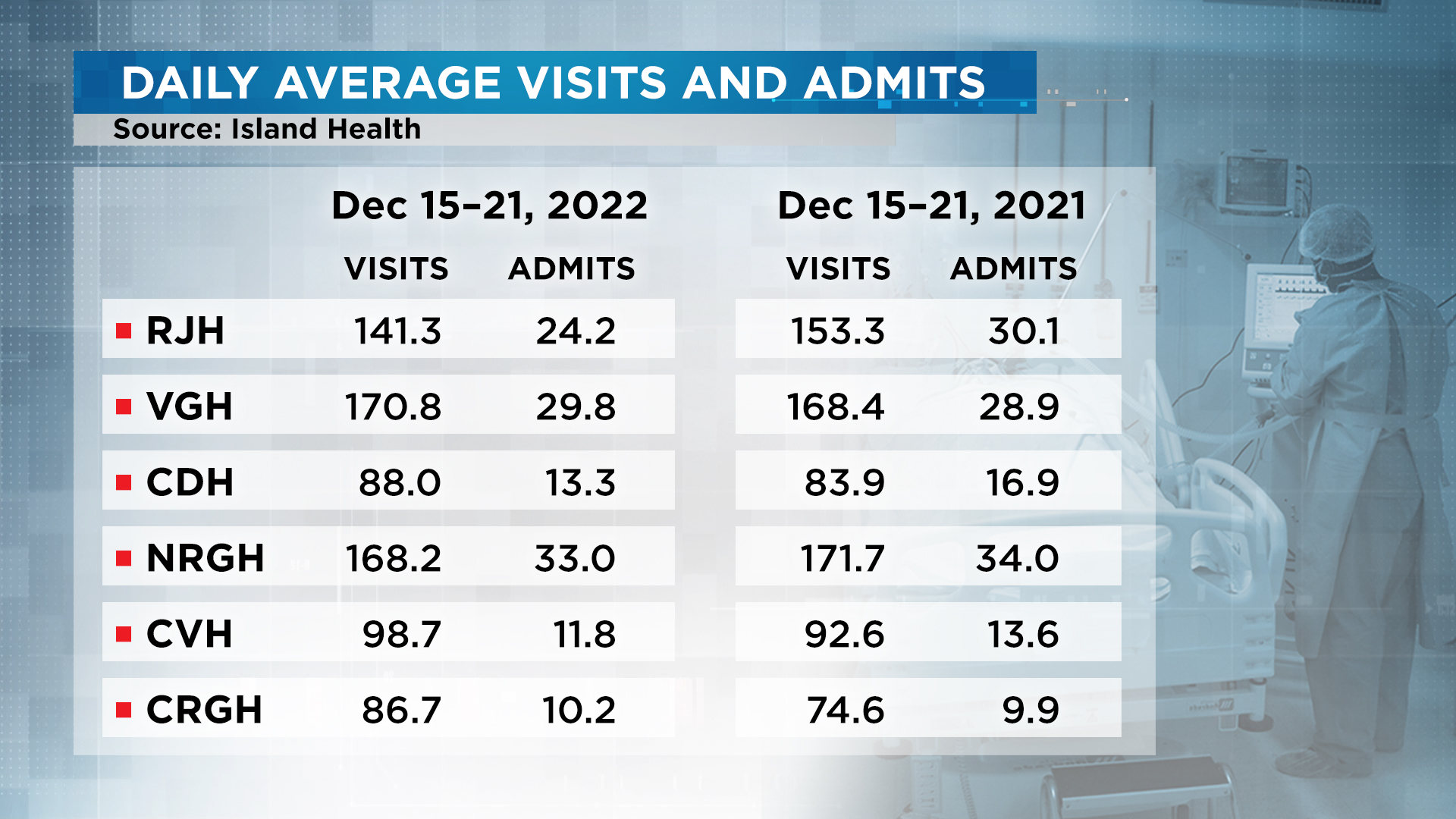 But the ambulance paramedics union says they’re swamped now with more calls traditionally over the Christmas holidays, the snowy and icy roads slowing traffic and a nasty flu bug.

“One of the things we have seen most recently over the last couple of months was an increase in high acuity calls and what I mean by that is shortness of breath, the most serious of calls which is a little different than we’ve normally seen,” said Clifford.

Easterbrook says she understands the challenges but says the system should be better.

“For them to take well over an hour it’s just not acceptable,” she said.

Emergency Health Services says it’s reviewing its response to this call though at the time it says its paramedics were responding to other very urgent medical emergencies in the area.

Easterbrook says the responding paramedic gave her a different sense.

“I said you know ‘we called over an hour ago’ and he said ‘oh I don’t know why we’ve been just sitting in the depot,’” said Easterbrook.

A BC Ambulance and firefighters arrived after a third call was placed to 9-1-1.

Emergency Health Services said they arrived in an hour and one minute and that they would upgrade a call to a higher priority if a patient’s condition worsens. They do dispatch firefighters to life-threatening or other calls when their skills are needed.